5.3.2021 5pm IST
Two homeless men, Mr Pawal & Mr Arjun, fully covered with Scabies, itching and in unclean nature, got off the streets of Mapusa late last night .
STREET PROVIDENCE TRUST, GOA has started a MOBILE CLINIC in the cities of Goa between 6pm to 9pm with a Doctor, a few days back attending to homeless people on the streets .
This is the result.
Last week Dr , was in Mapusa city at night and there were over 25 homeless men who were examined.
Of which these 2 men were found to be the weakest and required urgent rehabilitation was recommended by the Doctor.
Both are suffering from severe SCABBIES & highly malnourished and weak.
Attached a few pictures and a video👇 .
https://www.facebook.com/1239769299485483/posts/3512390382223352/
Since we are really over loaded and short of space it took us some time to organize a room for them.
Scabbies is highly contagious and spreads fast and can be cured only through complete isolation and with separate washrooms , room, etc and monitored medication.
We are always called to solve other people problems and here we are at 9 pm solving these 2 men problems.
Last night , our volunteer Napolean spotted them in a deteriorated situation and immediately plans were made to pick them up with Sapnesh.
With quick and effective response and support from Goa Police @ Mapusa police station, these 2 men were issued a NOC and being late, the Mapusa Police dropped them to our home past 10pm.
For which we are thankful to the Mapusa police station.
In the last 3 years of running the rehabilitation homes , we usually got such cases starting of peak summer .
But this year the issue has started mid february and like these 2 men there are another 8 of them with SCABBIES and itching , in the vicinity of Mapusa city .
Even if we give them the cream , there will be no use , as the cream needs to be applied for 12 hours , then bath, then change in clothes which is just not possible for such homeless men on streets.
Solution is rehabilation , but space is the issue.
Slowly , such men usually end up dead on the streets.
Once in this line , you can actually expereince & see pain and death when you are in touch with homeless street people especially the wounded and the old.
Its painful and hurting , but we require more homeless shelters who cares and understands such cases.
This is what happens when one is on the streets for many many reasons.
Surviving this itch and pain, leading to blood oozing out of the skin due to scratching, is drinking alcohol which is actually adulterated and chewing tobacco , which gives you a temporary high to forget the pain.
Ultimately one ends up losing both kidney and liver and more complications to the body.
6 months back we had taken off 2 such GOAN men on the verge of death with their entire bodies covered with SCABBIES and itching.
( Will upload them one of these days with their testimony )
Our caregivers did an awesome job and within 3 months they totally recovered and today both of them are care givers in our homes.
One studied 12th std, reads and writes fluent English and today administers prescribed medicine to the other sick men in the home.
This is how our system is built upon .
We take in the most weakest, with the most complicated health issues from the streets and work on them .
Once recovered they automatically understand that they need to look after the next set which comes in.
Now since the Doctor visits the home every week at night , the results are even quicker and faster .
But there are frustrating moments at times as there are many trips to hospitals, doctors for something out of the way , medication and even hospitalization.
But we @ Street Providence , strive to give a hand to those on their last leg.
Imagine the coming summer heat which is surely going to be intense and followed by rainful monsoon.
Where are these homeless men going to go ?
New life and life in abundance is what we all at Street Providence strive for towards all the homeless people in our homes.
You reading this post can solve my problem by giving us a big home to get more people off the streets and give them new life .
Please DONATE generously towards our NGO .
We offer you 50% , income tax exemption under Section 80G.
Donations in cheque/ NEFT with your pan card copy.
FOLLOW US ON SOCIAL MEDIA
Website : https://streetprovidencegoa.com/
Facebook : https://m.facebook.com/foodbankforthepoor/
https://www.facebook.com/streetprovidence/
Twitter : @streetproviden1
YouTube channel
https://youtu.be/4TIlMYNzr3I
and subscribe and if you agree with our work then please like and share
AND
As usual strictly no calling , only thru WhatsApp on 8380097564.
God bless you
Donald Fernandes
8380097564 / 7020314848 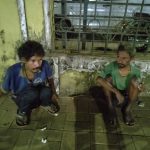