RESCUES AND GETS OF THE STREETS OF MIRAMAR, GOA THIS HIGHLY CHRONIC SCHIZOPHRENIA GOAN MAN

Street Providence > Updates > RESCUES AND GETS OF THE STREETS OF MIRAMAR, GOA THIS HIGHLY CHRONIC SCHIZOPHRENIA GOAN MAN

22.1.2023. 8pm IST
STREET PROVIDENCE GOA Goa rescues and gets of the streets of MIRAMAR, GOA this highly CHRONIC SCHIZOPHRENIA Goan man who has been sleeping in the garden at MIRAMAR last many weeks in this chill and cold weather in unclean and unhealthy living conditions.
One can zoom in the COLLAGE and see how difficult it has been for us and him .
Miserable, agony for him , hungry , in the cold, Lonely, unclean and unwanted.
But that will change if we can control him in the future which is a challenge.
With holding his name as he has family in Caranzalem who wants him to stay at home but this goan man is just refusing to take medication and ends up on the streets.
Saturday early morning a elderly goan lady disturbed my morning sleep as she had got my no from a friend and requested to help this goan man who she felt pity for as he has been sleeping, roaming and living in the garden right op Hotel Fortune, Miramar .
Always searching for food but very very unclean & bad odour.
Within 2 hours we sent our Ambulance and our team and took the assistance of Panjim Police Station.
Man turned violent and aggressive and almost was getting physical and about 4 men had to physically get him into the Ambulance.
Extremely unclean & smelling .
Taken to IPHB, who as usual were very
co operative and understanding and our team member Douglas signed and admitted him on the condition once ready for discharge, our NGO will take him to our home for rehabilitation.
He later even told his brother name and cell no and his brother reached the IPHB and explained to the Doctor and to our team the medical condition of his brother from 1992 .
Yesterday, ie Saturday we had 6 such cases to handle including this one .
The no of cases of mental disabilites are rising & rising very fast and I am scared and unsure how we are going to accommodate so many requests
If we refuse, letters are written to :
Superintendent of Police ,
Disability Commissioner
and it says ” STREET PROVIDENCE is not accepting ” or ” has sent back “.
Then EDUCATED ADVOCATES & so called SOCIAL WORKERS call and try to just force me to take in such cases as if they are funding us or the government is funding us fully.
I am not obligated to admit each and every request as at times some are either difficult to handle or some have families and that's their issue to sort out .
Besides our current men's homes are practically over loaded with men & water issues has started which makes it even more difficult.
The Government of Goa is supporting us partly  but that is not enough as we are shortly going to be touching at 200 inmates  suffering with disabilites of which 90 % are free of cost.
Everything is rising in Goa like water. Electricity, inflation, monthly expenses and with this the no of inmates and the requests to take in more are also rising.
We require bigger homes, more staff, more vehicles, more blessings to meet the ever increasing bills and we require it quickly else we just will not be able to take in so many such requests and they will ultimately end up :
On the streets
In IPHB
Or in the JAIL once they go out of control.
We are trying our level to help each and every one who comes to our office or who contacts me, but a time will come we might have to say NO.
Www.streetprovidencegoa.com
God bless you all
Donald Fernandes
8380097564 /7020314848 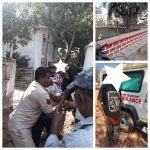